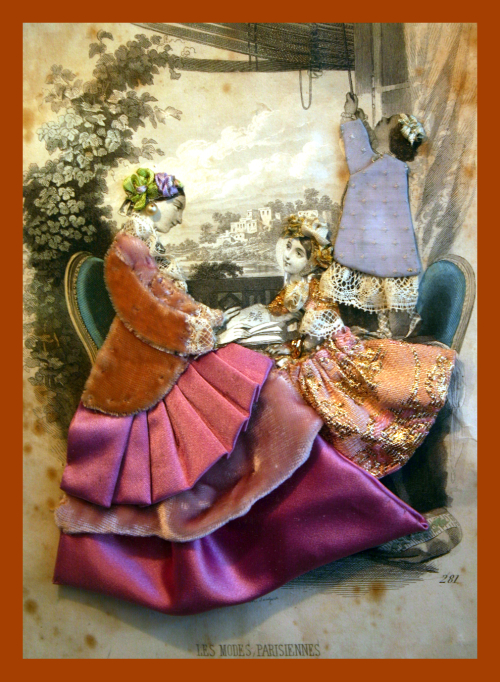 Here in France, Monday was the first day that we could peek and venture out of our homes. After two months of confinement, we are beginning, so cautiously, déconfinement. This being France, the rules are mathematical, quite cut and dried. There is now a system of colour coding applied to each of France's departments, indicating whether that department is able to pursue déconfinement (green), is at risk of going back to lock down (orange) or is locked down (red). The map for Monday showed most of the northeastern quadrant in red, then, a sort of diagonal band of departments from the northwest to the southeast in orange, and most of the west in green. The map will be revised on the 2nd of June, based on three criteria for each department:

Nothing vague, nothing emotional, nothing political, nothing confusing, just pure numbers. Of course, if the reality turns out to be that life becomes a yoyo experience of going from relative freedom to confinement back to freedom and back to confinement, etc. all that order may fall to pieces. One journalist said today that "The French are too spoiled to be stoic," referring to the wearing of masks and social distancing still required, even in green zones.

As to French genealogy, Paris is, as ever, as red as she can be, resulting in all of the many glorious archival facilities remaining shut. We are not yet back on the Métro to research in the archives, as perhaps you, Dear Readers, may not be. So, we continue with our listing of excellent websites to aid you in your French genealogy research.

Tudchentil  - is dedicated to the nobility of Brittany. It is a superb, quite academic site, which we explained in detail here.

The Armorial général de France - is a book based on manuscripts, considered the one and only authority on the pre-Revolutionary nobility of France, which we wrote about here.

Noble Wiki - we are sad to say, has deteriorated since we first wrote about it and has buried its useful information under a surfeit of flashing advertisements and a zealous commitment to social media. Nevertheless, have a look to see if you may not find some clues for further research.

Dictionnaire de la noblesse - In nineteen volumes, this work includes numerous family genealogies. They can be found on Gallica, the Internet Archive and a few other websites.

Siprojuris  - is a database of French law professors from 1804 to 1950, which we once discussed here.

Métiers d'Autrefois - will not help you to find your ancestor but, once you do, it will help you to understand what work he or she did. Once again, we remind you that a journalier was not a journalist but a day labourer, usually on a farm. We give other such sites here.

The Musée du Compagnonnage - A charming site that explains compagnonnage and can help you to find an ancestor who underwent this marvelously medieval style of training. We discussed it here.

GenVerrE is the website for the descendants of French glassmakers. Of all the profession websites we have mentioned on our blog, this seems to have been of the most help to readers. We introduced it  here.

Our post on French gold miners in California is not a website but may be of help. Be sure to read the very good comments to that post.

Good luck with your research.

A couple of years ago, the brilliant archivists in the Archives nationales produced a superb advice note on how to research émigré ancestors in France's National Archives, entitled Rechercher un émigré de la Révolution (1789-1825).1 (Note that the word émigré simply means emigrant. English speakers who use that French word mean only those people fleeing France during the Revolution, from roughly 1789 to 1799. When French people use the word alone, it can mean anyone who emigrated at any time for any reason from anywhere. To refer to the same group as meant by the English speakers in French, one must specify that one is referring to emigrants of the Revolution by saying so: émigrés de la Révolution.) As this fine advice note is in French, we summarize it here for our Dear Readers who may need a bit of a hoist over the language hurdle.

The authors begin by giving a bit of historical context. From 1789 to 1800, approximately one hundred fifty thousand French people left their country secretly, or at least without authorisation. (We add this point ourselves since some of them left with so much baggage and made so much noise about it that their departures were common knowledge.) Some had the time to sell up and leave with money, most did not and abandoned all.

The Revolutionary emigrations were in roughly two waves. Those who left before 1792 tended to be aristocrats and counter-revolutionaries. Those who left afterward, forming the second wave, were fleeing the increasing violence and then the Terror. As things calmed down, the government tried to lure them back and some did return, making for something of a first wave back. The second wave of return was, of course, after the defeat of Napoleon and at the establishment of the Restoration, in 1814.

The research advice has four sections:

The Key Points for Genealogical Research

Diligent, nay, stupendously heroic archivist Marthe Robinet worked throughout the 1940s extracting details from nearly twenty different archive series about émigrés and creating an informational card about each one. One card, mind you, that a user can pull to find a list of every archival document in the National Archives about that particular person. At the moment, these are not online, but it looks as if they may be soon. To see them, one must go to the archives and view them on microfiche. Part, but not all of the source material is indexed online, and a few of the actual dossiers may be viewed online.

Administrative and judicial processes and documentation in the archives

There are a vast number of police surveillance files concerning émigrés, and files of cases brought against them, of the confiscation and sale of their property, of judgments against them, of laws passed about them, of their trials, lists of their names, files on their counter-revolutionary activities. Then, there are files on their return to France, the restoration of their property, of their amnesties and removal from lists of criminals and traitors. None of these are online.

This group encompasses the many seized papers and documentation of the émigrés, their own private archives, notarial records relating to them (some of which have been indexed and abstracted). Only a very few of these are online.

Departmental Archives (see the list in the panel to the left), municipal or communal archives, the Diplomatic Archives, the military archives and the Paris police archives, all can have more on individual émigrés. The archives of the countries to which they went can as well. The paper ends with a wonderful bibliography of works about émigrés.

This is the briefest of summaries. Do click on the link to read the advice paper in its entirety. Though little is online, an enormous amount will come up in a search on a name on the website for the finding aids of the Archives nationales. Recall that we explain here how to go about ordering the material.

Posted at 19:11 in Methodolgy, Nobles, Aristocrats and Emigrés | Permalink | Comments (0)