French Commercial Genealogy Loses Its Independence - and It's a Pity 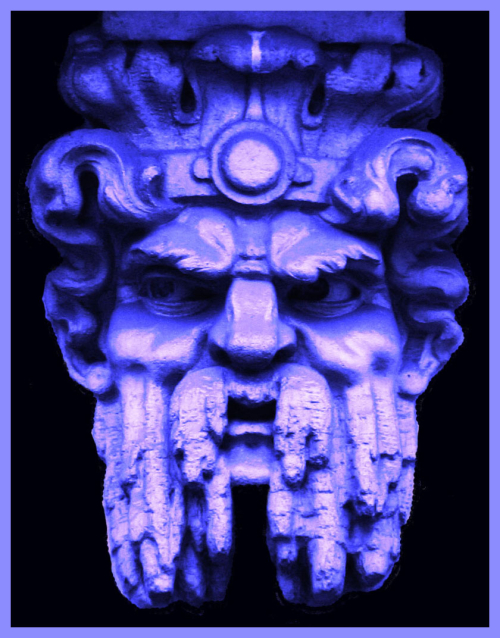 We used to praise the high quality of the indexing at Filae. No more. The last few weeks have seen the addition of indexing as messy, lazy and idiotic as the sort of thing one finds on Ancestry or in the infamous indexing of the Drouin collection. It is most disheartening. Now, one finds birth register entries for which the indexer said the daughter was the father, marriages with the wife named as the mother-in-law and, where the indexer was in doubt, everyone named as every relationship.

What possible use is wrong information to anyone? How will users who cannot read the original French document (as in the case of the indexer, apparently) be able to correct these mistakes? The money-grubbers will always say that speed is more important than efficiency, that it is more important to get the material online, even riddled with mistakes, than it is to take the time to do it well, but they are wrong. For every hour that incorrect information is available, people who are researching their family histories are incorporating and perpetuating wrong information in their genealogies. Such commercial cynicism makes a mockery of every genealogist's efforts to find a document the historical truth about a family, and risks dragging the reputation of genealogy as a discipline back down to where it was in the 1920s, when fabricated evidence was rife and family vanity, not family history, was the goal.

That Filae let this happen is almost certainly because its founder, Toussaint Roze, has completed the sale of the company to MyHeritage. The collapse of quality at Filae would seem to indicate that he lost interest in the company a few weeks ago, when the sale became inevitable, as we discussed here. In his announcement of the sale, he boasts that new and greater things are to come at Filae from the MyHeritage takeover. Barring an extensive metamorphosis at MyHeritage and a complicated and expensive programme to correct the mistakes at Filae such as we described above, Roze's promises are blather.

Once again, Dear Readers, the paying customer is merely the punter, the fool to be parted from his money with the cheapest product possible. We strongly and sadly recommend that you NOT renew your Filae subscription for more than a month at a time, as you watch what was a great little company go down the tubes and its services become next to worthless.

Rumours are that Roze is betting that the French law prohibiting DNA testing for the purpose of genealogy will change soon and, when it does, he will be in place with MyHeritage ready and able to take advantage of the new opportunity. We wonder just how big that new opportunity will be. One likely reason for the French lawmakers' opposition to the tests stems from the Civil Code which, from 1804, has expressly forbidden a person to search (just to search, mind you) for the identity of his or her biological father. (Ponder, for a moment, Dear Readers, just what this means.) That law and all that relates to it must change before any anti-DNA genealogy test law can change. We suspect that, if these change, it will be by very small degrees.

We also wonder just how big the market will be, just how many French people will want to have such DNA tests. It is currently something of a fad to take the tests illegally, as we reported here, but the interest is only rarely in genealogy. It is more of a party game to see who is "more French", with distinctly racist overtones.

Left in the dust after the sale of Filae to MyHeritage was Geneanet, which owned forty per cent of Filae and which had hoped to form a single, Francophone genealogy powerhouse from the two. That, actually, could have been something quite wonderful for French genealogists, but it is not to be. Its dreams in tatters, Geneanet announced, in what is surely one of the saddest of such announcements ever written, that it has been purchased by Ancestry. We have made our complaints about Geneanet's messy website in the past, and have praised the efforts to improve it, though it still has some way to go. Merging with Ancestry, the behemoth of indexing disasters and indifference to them, will be no improvement for the quality of Geneanet.

These two sales are very sad events indeed, for neither will bring improved service or quality to those of us researching French genealogy.

To summarize, Dear Readers, we have looked at our few records in a number of ways  in an effort to find the origins of Marie Fouyol:

To no avail. No other record or document could be found to give even a hint as to the origins of Marie Fouyol. Most frustrating. We would have expected to have found, at the very least, one of the following:

There is another puzzle. Marie Fouyol was probably Catholic, for it seems likely that she, and not her English Protestant husband, insisted on baptizing the children in the Catholic Church. Why was their first child not baptized until she was two years old? Were they away? Perhaps in England? (As odd as it may seem, travel between the two warring countries was still possible.)

In no way can this be termed a "brick wall", a complete lack of information on a person and a complete inability to identify the person. We have exhausted only what documentation and archives are available online, with the addition of a couple of prisoner of war files seen in the archives; we still have to get through a plethora of material that has never seen the lens of a camera.

Where to look next? We propose pursuing the following lines of enquiry:

These files should be read to see if, as often happened, a mention or even a page about Thomas Mansell did not end up in someone else's file.

Any other ideas, Dear Readers? If so, please let us know.

With this post, we will pause this case study to give Madame J time to pursue some of the avenues above.

So, Dear Readers, to date, we have had little luck in our search for the identity of Marie Fouyol prior to her marriage to Thomas Mansell, her place of origin, her parents' names, her supposed first husband, and so forth. Bearing in mind that two thirds of the burned Paris archives have never been replaced, we will sort through what does exist, examining occurrences of her far too changeable name. We found people living in Paris at the time as she with the following variations of the name:

There are slight differences in the pronunciation. Numbers one through four are all pronounced the same, with the last "o" similar to that in the word "no" in English. Numbers six through eight are pronounced the same, with the ending "eul" sounding, to an English speaker, pretty close to the way Peter Sellers says "bump" in this scene. Number five is in a class of its own but is more like the first four than the last three. Spoken in a crowded marketplace, they all would have sounded pretty much the same.

Marie would seem to have pronounced her own name with more of an "o" sound in the second syllable, as the spelling versions used for her name in the baptisms of her children are numbers two, three and four. She was not the only person to spell the name in more than one way. Many of the individuals used two or three of the above spellings.

Looking at the website Géopatronyme, it can be seen that none of the first four spellings survived to the late nineteenth century; number seven also does not survive. There is only one case of number five and a few cases of number six. It is number eight, Fouilleul, that dominated. It is found predominantly in the west of France, in Mayenne, and less so in Manche. The name means, by the way, "leafy" or "shady", which could occur anywhere, including a spot in Pointe-à-Pitre, Guadeloupe.

In Paris during the period of roughly 1770, when the parents of Marie might have married, through 1830, some ten years after she left, all but one of the above names is found on the Right Bank, clustered around Les Halles, the vast warren of shops and markets, in the parishes of Saint Eustache, Saint Merri and Saint Germain l'Auxerrois. The Foulliol family, number five, lived to the west, near Invalides, where they also worked. The Invalides Foulliols were studied to some extent, through baptism, marriage and death register entries, as well as through probate inventories until, eventually, it became clear that Marie could not have been a member of this family. The remaining couples of interest are:

Recall that there could have been a dozen or more couples of equal interest of whom all trace was lost in the burnt archives. Nevertheless, working with what we have, Michel Fouieul and Françoise Fouillol Baratte may have been of an age to have been siblings of Marie Fouyol. The two remaining Michels each could have been the father of Marie Fouyol, the widower from his first marriage, in 1778, to Margueritte Pinson, and the Michel Fouilleul who married Jeanne Ackermann in 1780, two or three years before Marie was born.

There is also a lone man of interest, Michel Fouyol. His carte de sûreté, issued in Paris on the 23rd of May 1793, on which his surname was entered as "Fouyolle" but his signature was "Fouyol", gave his address as number 103, rue de la Tabletterie, near Les Halles. He was aged fifty-three, a cleaner of animal skins and furs, and had lived in Paris for twenty years. He had been born in Le Teilleul, Manche. Apparently, he was a keen revolutionary, perhaps a true sans-culotte, for the author Darlene Gay Levy, in her book Women in Revolutionary Paris, 1789-1795, cites archival documentation showing that he denounced a neighbour who did not support the Revolution. It took little time to find the birth on the 25th of July 1740, in Le Teilleul, of a Michel Foüilleul, son of Julien and his wife, Jeanne Geffroy. Is this the same person? Did he go to Paris, marry and have children there? Could he be the same man who married Jeanne Ackermann in 1780 and could they have been Marie's parents? That would be tidy, indeed, but, Oh! Dear Readers! what a lot of work  and luck would be needed to prove all of that.

In our next post, we will look at further avenues of research Madame J can pursue and how to determine the most likely resources to use.