Did Your French Ancestor Receive a Military Medal?

Our father claimed to have been a captain in the United States Marine Corps. There hung on the wall in the corridor a box frame with a tastefully mounted display of the medals he said he had been awarded for his heroic service. However, he also was a con man, a perpetrator of insurance scams and a property developer of shoddy houses that collapsed. He was not very successful at it and was easily duped by con men of superior skill, so he bought air rights over road intersections that were never built and made high-interest loans of money that was never repaid. He managed to elude jail and the riches he so coveted managed to elude him. Given his civilian lifestyle of alternating boasting with cravenly hiding from the law, we had grave doubts about the authenticity of his medals for courage and bravery. We suspected they may have been a hodgepodge of dodgy coins and ribbons he picked up in pawn shops but, by the time we were tall enough to see into the box frame and read them properly, we had long flown that turbulent nest, so we will never know.

In the course of researching a French fellow of the same stamp as our father, we came across a nice little website that may be of interest to the many of our Dear Readers who send photographs of medals with questions as to what they were. How to tell an agricultural medal from school medal from a military one? Medailles Militaires, the website of one Sylvain Metivier, may be of some use in solving your puzzle. He has created two data bases that can be searched:

Type in a surname to either and you will receive some very useful details that could help to further your research, most precious being the regiment in which a person served. The full list of results possible is:

Alternative Avenues to Seek a French Birth or Baptism 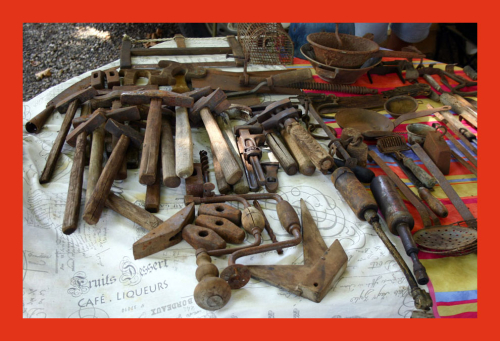 The French equivalent for "If at first you don't succeed, try, try again" is a phrase first written by Nicolas Boileau in 1674: "Hâtez-vous lentement et, sans perdre courage, vingt fois sur le métier remettez votre ouvrage" ("Make haste slowly and, without becoming discouraged,  set to work on the job twenty times.") Finding a French birth or baptism register entry is generally quite straightforward if one has :

A quick search in the ten-year indices for births in the town on the website of the Departmental Archives (links to them on the left) will give the full name and the precise date. One can then find the entry in the digitized birth register. Usually, that is, but not always. Bad things can happen to archives over the years. In France, as in most countries, some have burnt, some have been bombed, some have been flooded. Where to look when the birth or baptism registers concerning your ancestors have been lost? There are a few possibilities.

Bad News for Those Who Use Filae 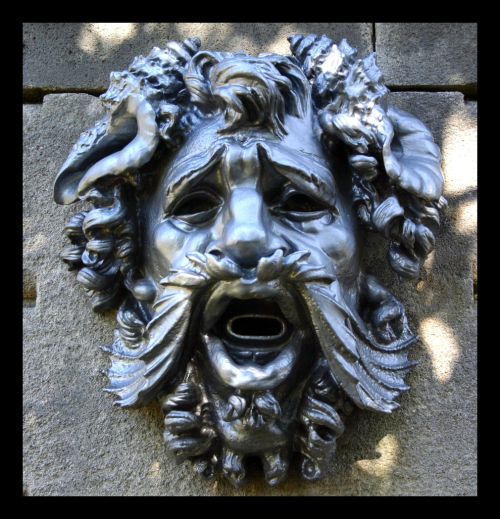 In terms of using them for French genealogy, we give them the following marks: Ancestry is mediocre to poor; FamilySearch is limited but can have some nice surprises; FindMyPast is irrelevant; MyHeritage is the worst, with next to useless search results, a lack of sufficient search criteria and a catalogue of French records and archives that seems to be empty. Of course, France has two excellent genealogy websites of its own, about which we have written often:

The Ancestry and FamilySearch liaison is mirrored by the links between Geneanet and Filae in that the former owns about forty-two per cent of the shares of the latter. We find both to be quite good but in different areas. We prefer Geneanet when searching family trees and original documents that have been filmed. We prefer Filae when doing a quick search based a a few details known about a person. Geneanet is a bit better for eighteenth century records, while Filae is quite strong in nineteenth century records. Filae's great strength is its indexing and its large catalogue of records and archives. Both are exponentially better for French genealogy than any of the so-called "Big Four". Now, the worst of the Big Four, in terms of French research, MyHeritage, is set to take over Filae.

From January, the press has reported that the founder of Filae is keen to sell to MyHeritage but that Geneanet is not at all keen about the deal and made a counter-offer. MyHeritage raised their offer. Last month, Filae accepted the offer from MyHeritage, to be approved at the next annual general meeting later this month. Geneanet still hopes to block the move.

Why would we oppose Filae becoming a part of MyHeritage? We wonder how a company that is so bad at French genealogy can help but debase the smaller one that is so good at it, as it is extremely unlikely, almost unnatural, for a smaller and better organization to improve the larger one that consumed it. In essence, we suspect that MyHeritage will want Filae not to continue as it is but to blend in more with the MyHeritage style. That, Dear Readers, will make Filae, or the catalogue and access to it, much, much worse to use for research. Additionally, in February, MyHeritage itself was purchased by a San Francisco private equity firm, Francisco Partners, that just likes to acquire tech companies. As is ever the case with such entities, it will be interested in profit over quality and will be unlikely to exert any influence to preserve the excellence of a small French company in its vast stable.

No one could dispute that the founder of Filae, Toussaint Roze, who worked long and hard to create a company with the best search function and indexing of French records, may be tired and of an age to sell up and take the money, or that he has the right to do so. Nevertheless, we gloomily anticipate a rapid deterioration of what was a great French genealogy website.

UPDATE 3 AUGUST 2021 - THE DEAL IS DONE. MYHERITAGE IS BUYING NINETY PERCENT OF FILAE'S SHARES. READ ABOUT IT HERE AND PREPARE FOR THE WORST AT FILAE.