We are still in a partial lockdown, here in France. All the more reason to celebrate our blog's twelfth birthday, here at the screen, as usual, but in glittering attire. We never could have imagined that we would carry The FGB on so long but you, Dear Readers, have been abundantly encouraging. Our achievements over the past twelve years include:

We cannot thank you enough, Dear Readers, and especially wish to thank our most loyal Patreon supporters. We also would like to thank some of the many fine people who have given space on their websites and blogs to recommend The FGB (we are not including the plagiarists):

Don your own elegant attire and join us in raising a glass of Veuve to celebrate. Let us hope that these dark times will end soon and that The FGB will go on for another twelve years!

Ah, Dear Readers, little did we imagine the enormity of the task we set ourselves of presenting to you the best of the posts submitted for the 2020 Challenge A-Z. It is rather like panning for gold. We have never participated in the Challenge because the rules are quite strict: one must be a blogger, writing in French, and the posts must all appear, Monday through Saturday, in a single month. We would feel faint after the first week. It would appear that it is all as overwhelming for some of the participants as it would be for us. Having to choose a subject beginning with a letter of the alphabet must be perversely limiting, and the resultant titles either lean heavily on names or involve some painful to read contortions of grammar and reason to make a word fit. Nevertheless, the following are those that we think might be of greatest interest to you, our most Dear and Loyal Readers.

Once again, Catherine Livet's blog, Becklivet, has come up with a very interesting post, this one on the subject of bigamy. With careful explanation of documents, she explores how one of her nineteenth century female ancestors appears to have been married to one man but lived as the wife of another. Of particular interest is how she refuses to make assumptions or assertions that cannot be proved by the documentation but, instead, presents, describes and documents the conundrum and lets it stand.

Geneafinder is a non-collaborative, subscription website built around the subscribers' uploaded family trees. It has links to the websites of the Departmental Archives and to many other free genealogy resources online. It has a regular blog that is rather interesting and that usually covers privacy issues as they arise in relation to online genealogy research. Geneafinder's submission for the letter B used the word Brexit (for anyone who has been completely without global news for the past five years, the word indicates Britain's exit from the European Union) to give a quite brief history of migrants between Britain and France, and then to discuss how to research them in British records online.

Sandrine Heiser writes about genealogy in Lorraine on "Lorraine...et au-delà!" Her contribution for the letters C and E introduced an archive hitherto unknown to us, the Centre des Archives industrielles et techniques de la Moselle. She describes how the archives can help with research on the people evacuated behind the Maginot line at the beginning of the Second World War. We learned that companies helped their employees and their families to evacuate separately from the rest of the population and that the documentation for this survives. Very interesting.

The coy Jean-François writes Aieux sur le plat which, for the letter E, discussed endogamy. He provides a procedure for compiling statistics on the geographic locations of his ancestors who married only people from within their locale. This is very much an approach to genealogy through the lens of French social history, with its emphasis on statistics and averages as a means to understand group behaviour. The errant individual who had an idea of his or her own to break away from the group (often the type who left and became an immigrant ancestor to many of you, Dear Readers) has no place in such a study (or such a weltanschauung, for that matter) but could be useful to those of you studying the ancestors who did not leave.

Sébastien Dellinger is the author of Marques Ordinaires, Généalogie de Moselle et d'ailleurs. His post for the letter E is on Emigrés of the Revolution from Moselle, an unusual and quite specific area of émigré research. Some of his research suggestions are of a more general nature, but it remains an intriguing post.

We do hope you will enjoy reading these posts. More letters to follow. One day. 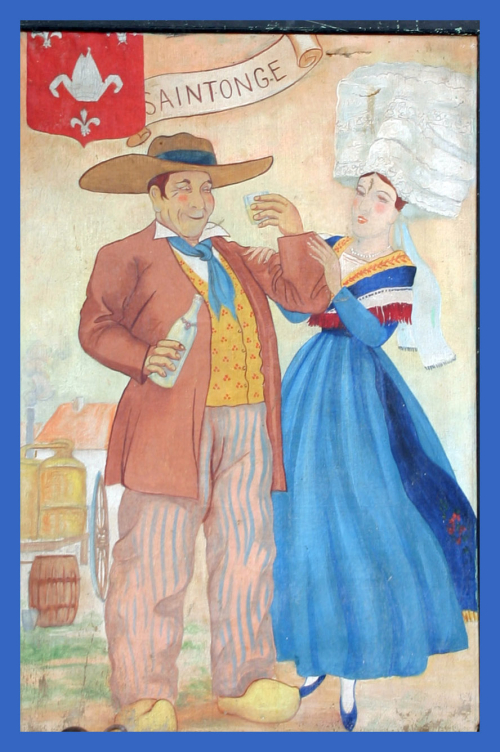 People of many nationalities, when they emigrated from one country to another, retained their cultural identity but often cut their legal ties with the country of origin. They kept their songs, their recipes, their religions and festivals, but let slide their continuing documentation back at home. This may have been to escape a past or it may have been too difficult to maintain contact in the days before the Pony Express or airmail or e-mail. The French, however, stand out as emigrants who often could not let go of being documented, and this is most useful to the genealogist researching them.

After the chaos and upheaval of the French Revolution, the Code Civil, first published in 1804, provided order to civil life. To this day, it represents more than law to many French; it seems also to provide the psychological comfort and security of  structure and boundary. The civil register entries that replaced the pre-Revolutionary parish register entries are used over and over again to document and confirm a person's legal existence. One must show a recent and certified copy of one's birth register entry for any number of aspects of civil life: to marry, to attend school, to get a job, to take a driving test, to get a passport, to get an identity card, to buy property, to sell property, to open a bank account, to take out a loan and, especially, to prove one's parentage when the time comes to inherit.

The Code Civil took in to account that some few French might wish to leave the blessèd hexagon but never that they would cease to be French. Article 48 of the Code Civil (Book1, Title 1) states that any civil register entry of a French citizen in a foreign land shall be legal, were it to have been entered according to French law by diplomatic agents or consuls. The consular registers were to be maintained in duplicate, with one copy to be sent to the Ministry of Foreign Affairs at the end of the year. With slight changes and updates, the law and procedures are the same today and are prominently displayed on the website of the Ministry of Europe and of Foreign Affairs, as it is now known.

Both copies of the consular registers of the nineteenth century are held at the Archives diplomatiques  at the Ministry's branch at Nantes, for that is where all such foreign registrations of French citizenry are maintained. One copy has been microfilmed and that may be viewed also at the Ministry's main archives centre of the Archives diplomatiques at La Courneuve, outside of Paris. To date, no copies are available online. If you know some details as to name, parents' names, date and place, you may request a copy of the register entry, at no charge, online. This link is to the version that is almost in English.

For the researcher, especially one seeking the origins of a French immigrant ancestor, these register entries can be invaluable. We have reviewed here, the book written by the archivists at the Archives diplomatiques that explains, in French, how to use the archives. We give our own discussion of how to use them, in English, here.

However, it is important to note that this registration could not be enforced. There were many French emigrants who did not register their marriages or the births of their children in the new country. We have encountered:

At the same time, we have found, among those who chose to register:

The primary (though certainly not the only) reason for registering seems to have been to ensure one's inheritance to any property in France, followed by, as in the case of the couple from Alsace-Lorraine, the desire to protect one's French citizenship when the emigration was exile. Those who did not register could have been anything from bridge burners, to crooks on the lam, to political refugees, to people who simply forgot.

In such research, you may end up with more questions than you had when you began. 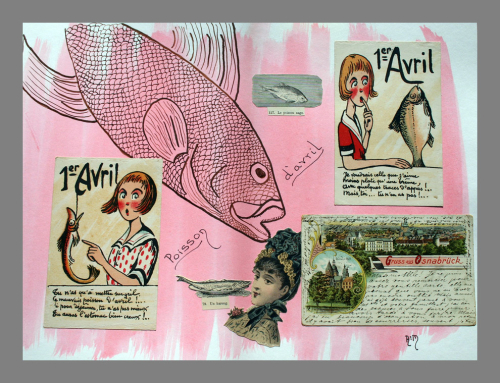 We have always maintained good relations with our numerous step-fathers. Recently, one was musing about the history of mayonnaise. Just the mention of the word history sent us on the hunt and we found, to our joy and delight, that the French take the history of mayonnaise seriously, indeed. It is taken so seriously that the best discussion of the sauce's origins is on the website of the Ministry of Defense. It is not that the Army need defend mayonnaise, but that the claim is that it owes its birth to French military moments.

Either the sauce was created and named in 1756, to celebrate the capture of Mahon, capitol of Menorca, during the Seven Years War, and the name originally was "mahonnaise", or, as the Irish prefer, it was named for Général Mac-Mahon. In any case, a dollop of such silliness will go well with your poisson d'avril.