On Fire and Food 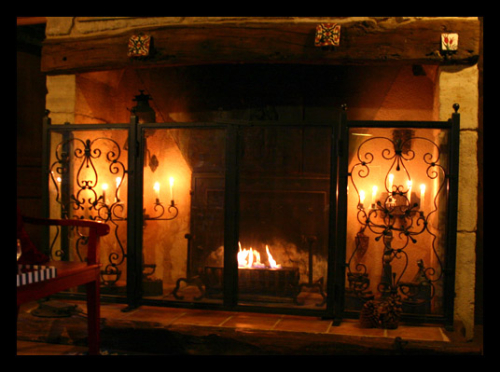 We recall being about twelve years old, at a fondue restaurant in Tahoe City with our mother and younger brother. It was, perhaps, ten o'clock in the evening and he and I were desperately hungry, as was often the case because our mother did not really like to cook and did like to dine late. It may be that the service was a bit slow for her liking. She began to pull the wooden skewers meant to be tools for dipping bread into the fondue pot, whenever it would arrive, from a cup of them on the table. Each skewer was about 20 centimeters long. She began to build a structure of them. We and our brother looked at one another. We always wondered how she managed to do it. She must have had half a bottle of Jack Daniels in her by then, yet her hands were perfectly steady and the structure she was building on the table was a thing of beauty. It was an intricate, square tower that looked like scaffolding with diagonal supports; no Lincoln log stack, it was airy and elegant. Where had she learned these things? We were so hungry that we began to eat salt from the packets. She sat back to admire her creation and to take a gulp from her cocktail. Still, our dinner was not served. "I've had it with this place!" she said and lit a match. "No!" we both said at once. "Kate, no. Please. We're really hungry." She ignored us and put the match to her tower. It did not burst into flame. The single skewer she had lit turned red and the small flame it produced raced from one skewer to another, like a madman in a maze, until, for a second, it was a tower of embers and ash, wavering in the air, and then it collapsed onto the table. The restaurant owner rushed over. "Kate, I'm going to have to ask you to leave. NOW."

That was not the only time we were thrown out of a restaurant. In fact, it happened fairly often. We do not know why the local restaurants allowed us back in, except that business must have been bad in the off season. The skewer tower was possible only in the fondue restaurant so her methods were different in others. Kate was one for grand entrances and for being greeted with adoration; woe to anyone who did not acknowledge her arrival. As we would be seated at our table, she would smile and wave to acquaintances, or go over to their tables and chat while we and our brother lunged at the bread basket. Restaurants were her element. "I grew up under the table of the original, the only real Trader Vic's. Daddy and Vic were great friends." Why she courted being thrown out of so many remains a mystery. When some friend did not notice her, or did not want to do so, she would return to our table, take a long drink from her cocktail and begin to fume, then to fiddle with her paper napkin. She folded it into a paper airplane, then struck a match and lit it, and sent the flaming rocket sailing across the room toward the person who had offended her. People shrieked. That one got us thrown out every time.

We did not develop a distaste for fire but remain as fascinated by the beauty of flame as much as are the rest of us indebted to Prometheus. Fire has been crucial to civilization, for warmth, for defense, for firing pots, for cooking. There are theories that cooking food and eating cooked food have contributed to human beings having such large brains. The French, with their haute cuisine, (and who invented matches, by the way) would certainly agree. Food traditions are a crucial part of cultural identity. Recently, Gena Philibert-Ortega offered an online course on making a family recipe book, from a genealogical as well as culinary point of view, and with the intention of preserving family food traditions. (As Kate taught us only how to torch a restaurant and to make a perfect Jack Daniel's Old Fashioned, à la Trader Vic, a Frenchman by the way, we did not enroll in Ms. Philibert-Ortega's enticing course, sad to say.)

In France at least, cooking traditions are much more local than national, which is why we have written about them so often here, in the hope that a family food tradition might be of aid in identifying your French ancestor's place of origin within France.

The last in the above list alters the search a bit. Instead of using food traditions to find an ancestor, one uses an ancestor's known culinary skills to know more about his or her life and movements.  On this theme, we are very pleased to present in our next post the start of a series of guest posts about one genealogist's pursuit of an emigrant ancestor with remarkable culinary skills.

The Growth of Recreational DNA Testing in France 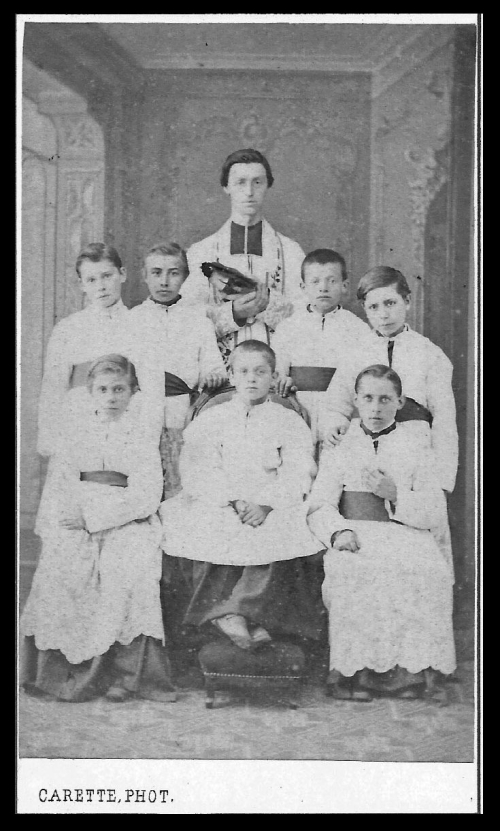 There are times when we do wish that our Internet service providers (as they so inappropriately like to term themselves) had a face, a person at a desk in an office, windowless or not, for then we should be able to place a pistol on the desk in front of said person and urge an act of honour as we leave and shut the door behind us. Alas, we will never hear that shot of honour behind the door and no provider will ever accept responsibility for the failure to provide. So, we are back at our post, posting on The FGB, but cannot say for how long.

We have worked our way though most of the presentations given at La Semaine virtuelle de la généalogie. As ever with such events, virtual or not, quality varies. We shall focus on a subject of interest not only to those outside of France, but increasingly within this country, DNA testing for genealogy. We do this in part in response to a fiery comment which Monsieur Pierre Gendreau-Hétu left on our post announcing the programme of the Semaine virtuelle de la généalogie and which we reproduce here:

"This program shows how spaced out French genealogy is. I'm sorry to break the news, but genetic genealogy has been solving longstanding problems for two decades now! The best strategy the FFG has come up with is to close the conference with guardians of the French orthodoxy regarding DNA data: attention danger! The grand guignol show is not over yet, unfortunately. (Sigh.) Pauvre France! Rich archives combine so powerfully with yDNA data, and amazing results keep coming day in day out in countries likes Scotland, Ireland, Switzerland..... What a French waste in the name of state control! Olivier Henno, commissioner to the French Senate committee on bioethics, assessed the number of tests ordered by French citizens and came up with the figure of one million kits. In 2019. Yet the FFG will still look the other way. This behavior belongs to a bird that is not the rooster. This is called denial and is unworthy of a scientific field. In the meantime, English-speaking universities (Leicester, Strathclyde, etc.) have made genetic genealogy mainstream. France, pays des Lumières? Not in genealogy at any rate. Obscurantism stole the show. France is left with good archival research nonetheless, for sure, even though one can only dream of what could be if it were enhanced with genetics. Just like looking for a treasure without using a metal detector..."

Monsieur Gendreau-Hétu certainly has a point (and he makes  some more in the comments section at the end of this post); there was but one presentation on what the French law terms "recreational DNA testing", given by Brigitte Billard, one of France's more interesting bloggers on genealogy Though the lone talk, it was very interesting. Her entire presentation, "5 questions à vous poser avant de faire un test ADN" (5 questions to ask yourself before taking a DNA test) can still be seen online. We summarize and comment here.

The overall tenor of the talk seems to be one of stern warning. Before taking a DNA test for the purpose of genealogy, one must know that :

Madame Billard, after such severe and well-informed discouragement, ends on a chirpy and positive note, that DNA testing can lead to some very fun genealogy. There is probably no better explanation of the French situation concerning genetic genealogy at this time than Madame Billard's talk.

To quell Monsieur Gendreau-Hétu's fears that the French are falling behind in the DNA game, there are, as Madame Billard pointed out, many, many YouTube videos of French people taking such tests. Most are quite humourous. Most contain someone being surprised at the test results showing no "French blood". This, in turn resulted in a clip being added to one of them in which a trusted geneticist had to explain that "there is no such thing as French blood" just people who  have lived in France for a long time. Here are links to just a few:

There are dozens more. It is, clearly, quite the fashion to break this particular law in France and to be oh, so surprised at the results. We suspect that this is a barn door that will never be locked again, whatever laws may be passed.