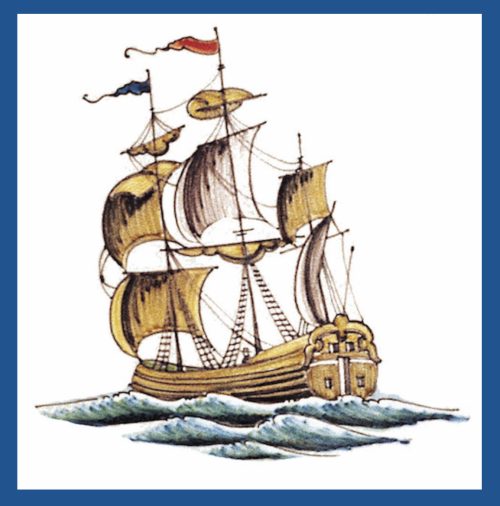 We have been working on this subject for some years and continue to do so. Last year, we published an article in the NGS Magazine, (April-June 2018, pp. 29-34) "Resources for Tracing Impressed American Seamen", which covered part of the subject. For some time, we have tried to interest genealogy webinar hosts in a talk and case study that would cover the subject in greater depth, and even prepared all of the slides, but they felt that there was not enough interest. We do not believe that. So, we have decided to give the contents of the entire talk here, Dear Readers, in a series of posts, for we believe that many of you may be researching ancestors who were Nantucket whalers or merchant seamen or privateers or prisoners of war caught in the mayhem of the  Napoleonic Wars and the War of 1812.

There will be a slight overlap with that article, but not much, as the focus is not limited to those merchant seamen who were impressed.  The example in that article was a man named Ambrose Dodd, a merchant seaman from Marblehead who had signed on to a British vessel, was captured by the French and Held as a prisoner of war. He claimed to have been impressed by the British but was not. However, when the French released him from prison temporarily to crew a French privateer, that vessel was captured by the British and he was, if not impressed, coerced to join the Royal Navy, in which he served until the end of the War of 1812. The case study here will be of the Nantucket whaler, Peleg Bunker, who was among the whalers who moved to Dunkirk, then to Britain, and who worked the fisheries of the South Atlantic, until he, too, was captured by a French privateer and held as a prisoner of war in France, where he died in 1806, just before he was to be released.

Our subject is limited to documenting American mariners, the ordinary seamen, masters and whaling men - in American, British and French archives of the Napoleonic Wars and of the War of 1812. Much of this is online, but most is not. However, archival finding aids are online and it is possible to order copies of the documents you need. British archives tend to send paper copies in the post, while French and American archives tend to send digitized copies by e-mail. To do this research, you will need not only access to the Internet, but an ability to read a bit of French, to decipher nineteenth century handwriting, and patience. We would add here that a certain level of intellectual integrity will also be necessary; there can be no bending of the facts to fit the ancestor, no conflation of similar and misspelt names into one man, no rejection of the inexplicable. By the end of this series of posts, you may well discover that your mariner ancestor was not "lost at sea", and you may be able to document, with some rather personal detail, his extraordinary life.