Sad to report, Dear Readers, that the drab but very useful website, Bigenet, is no more. Recall that this was a website with indexing to some seventy million parish and civil registrations done by enthusiastic volunteers of nearly sixty genealogy groups across France. In November, its death throes amidst squabbles were reported by Guillaume de Morant in a way that annoyed the president of the Fédération Française de Généalogie,  who denied any squabble, implying that their meetings over what to do to save Bigenet were civil discussions. In short, the site made no money and the FFG decided not to put money into it, and that is that.

The economic struggles of genealogy associations in the face of the rapid expansion of the commercial genealogy companies, such as Filae and Geneanet were described here a couple of years ago. It is one of the many ways that the Internet is changing the economy, it seems. One can only hope that the various genealogy associations that were selling access to their work can do a good deal with Filae or Geneanet, or even Ancestry, so that they will receive enough money for their associations to survive. The real loss would be if they were to disappear. 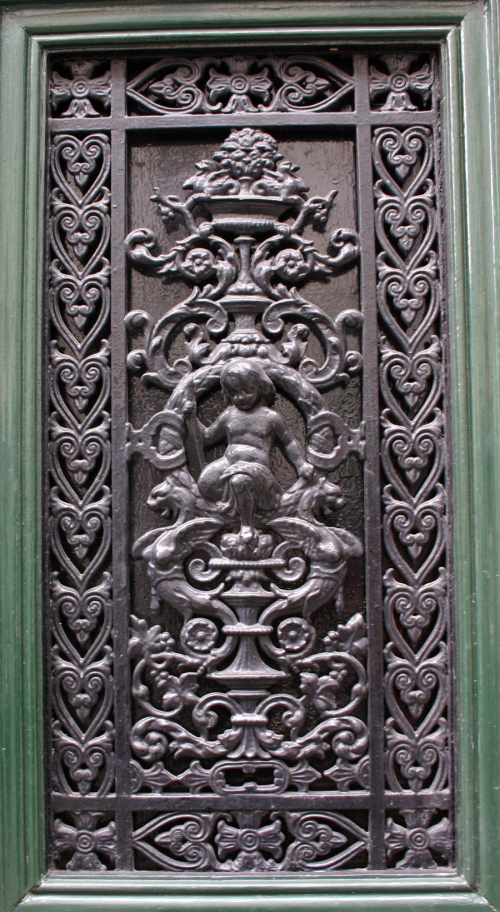 Well, Dear Readers, CNIL is having an "I told you so" moment on the question of what they like to call "recreational DNA testing". They have published a long, explanatory post on their position since the announcement by GlaxoSmithKline that they will now be using the DNA results acquired from people by 23andMe (something WIRED says the latter planned all along, which makes us feel a right punter). Briefly, laws in France prohibit the publication of private information about other people or even about one's self if that then is also private information about others. "Private information" includes medical details (this is important here; recall that, in France, while civil registrations of birth, marriage and death are available to the public after seventy-five years, medical records are not available until they reach one hundred fifty years, as explained here). It is because your inherited health characteristics are also inherited by others and because your DNA test results can lead to the identification of others and their health problems (how this is now the case even if you have not uploaded your test results is neatly explained in the WIRED article) that the French authorities are opposed to this recreational DNA testing.

Yet, they are not Luddites or fools. The CNIL article, written by Régis Chatellier, indicates an unhappy awareness of the huge business beyond its borders in genealogy DNA testing kits. Even facing a fine of over three thousand euros for taking the test, many French have done so by post (we explain how that is done in this post). It goes on to say that maybe, just maybe, France will consider allowing such testing here, but only if the government maintains a tight control. "Organising the market allows us to control it", writes Monsieur Chatellier. This is France as we love her most, in full Xerxes at the Hellespont mode; she would love to whip and will try to tame that sea of Anglo market forces. Bonne chance.

Opposing the restrictions are numerous French genealogists campaigning fiercely to have the bioethics law relaxed so that they can take those DNA tests here legally. The bioethics law is up for review and revision this year. The Fédération Française de Généalogie had organised an important all-day conference on Genealogy and DNA for last December but this was abruptly cancelled by the authorities as part of the clamp down on public assembly in response to the Yellow Vest folks. Certainly unaware that this cancellation would happen when it went to press, the genealogy magazine "La Revue française de généalogie" opened its December 2018-January 2019 issue with a long article on the whole subject, with a prominent advertisement for the conference.

The bioethics law is the real focus. It was first passed in 1994 and has been revised regularly since then. It represents France's effort, in compliance with European law, to grapple with the terrifying collapse of ethical thought and behaviour caused by nitwits misunderstanding and crooks misusing the exponentially increasing multitude of technological advances. Never before in all our sorry history has the disparity between humans as creative geniuses and humans as mere plodding animals been more painfully obvious. This law deals with all sorts of ethical questions in biology:

Given the gravity of some of the issues, it may be possible to imagine that our longing to know more about our ancestry may not always come first on the lawmakers' list. Given France's history of "protecting the family" by silencing all those born outside of it, we suspect that there still may be a very large number of people who do not want to open the Pandora's Box of DNA surprises, people who view all those American television presentations (dubbed, of course) of mystery parents found with gagging horror.

Let us see what happens.