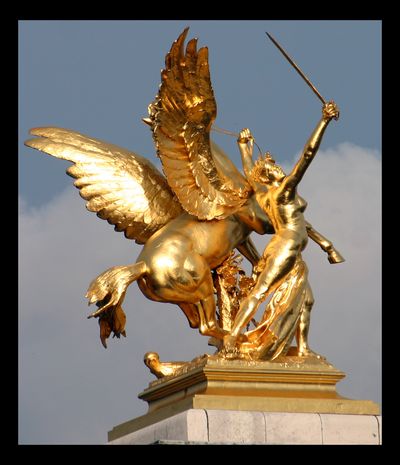 We have been contacted by a Dear Reader seeking research suggestions on hunting French prospectors of gold in California. Our own ancestor, a cantankerous and surly fellow by all accounts, was one of a group of enthusiasts from Virginia who bought a ship, sailed it to San Francisco, sold it there and dispersed to the gold fields to find their fortunes. He did well enough to buy a ranch in the Central Valley. Did your French ancestor do the same and, if so, how to trace him or her?

No point in our reinventing any wheels here, so we will point you to the best resource, online or off, which is A.P. Nasatir's "French Activities in California: An Archival Calendar-Guide".

Nasatir gives an excellent introduction that gives a brief but thorough discussion of the French in the Americas. He tells of Balguerie's commercial venture in 1816, sending the Bordelais to Valparaiso, San Francisco and onwards. He tells of the important publication about the beauties of California by de Morineau, Notice sur la Nouvelle Californie. He discusses, with some humour, the few French ships that went to California just before the discovery of gold, and those that went there afterward. He then goes on to give every possible resource to be used in researching the early French arrivals in California, including a discussion of what may be found in the Diplomatic Archives, or Archives diplomatiques. A good example of such research, which may be helpful, is Jean-Nicolas Perlot's Goldseeker:

Nasatir's book was written in 1945 and published by Stanford University Press. It was probably read by about four people pursuing their studies during the war. Since then, it has been quoted widely in other academic sources, but was most likely of use only to academics wth travel grants. The Internet being the new gold rush, you may now, Dear Readers, use this book* to find much to help with your research of that gold miner ancestor.

*Nasatir wisely renewed the copyright, which is why some pages of the book are not online.

Some rather helpful comments have been added below.