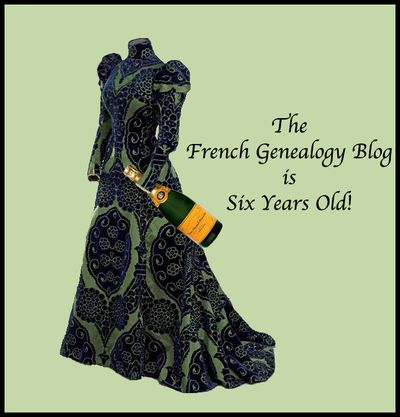 Dear Readers, can we believe it? Not only have we been writing this blog for six years, we have written nearly 500 posts, which you have been kind enough to read.

The quantity of posts has begun, unfortunately to become unwieldy, to say the least. One problem has been that the categories list began to look like an inadequate index. Another, somewhat more worrying, is that Typepad, our host, has begun to do odd things with the posts, such as losing some and randomly republishing others. This has struck terror into our heart on more than one occasion.

Thus, we are pleased to announce that we have begun to publish the categories as booklets, which we launch today as the FGB Booklets. The first four may be seen in the panel to the right. They link to the website where they may be purchased directly, at a price as low as we could make it: $5.50 each. More will be produced quickly, thus preserving in print what is at risk of being lost either in the Internet's ethereal world or in the conundrum of excessive categories. If any of you, Dear Readers, wish to suggest a particular category or group of posts to be published, please do so, and we shall endeavor to comply.

We cannot thank you enough for your loyalty and for your many contributions, comments and suggestions. We look forward to another six years of writing this blog for you with gusto!

The 2112 French Who Died in the American Revolution 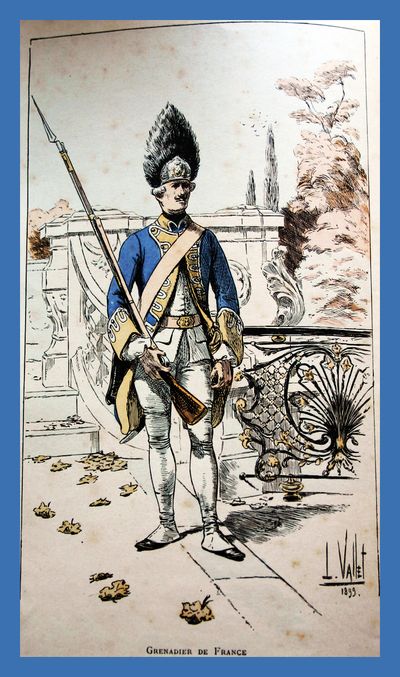 For those who are tracing French ancestors who went to the United States, our perusals have brought to our attention a nice little article that lists the 2112 French officers, soldiers and sailors who died fighting for the cause during the American Revolution. Though in French, it was written by an American, Warrington Dawson, and appeared in the 1936 issue of the Journal de la Société des Américanistes, which normally is about the cultural anthropology of the Americas and has nothing to do with genealogy or the military at all. The Society of Americanistes is linked with the Museum at Quai Branly; we really are not sure of just how this article found its way into this publication, but here it is and helpful it may be.

Mr. Dawson was a "special attaché" to the American embassy in Paris and an "honourary citizen of Versailles". Not only did he compile this list of those who died for the American cause, he erected a monument to them in Versailles. The list for the army is by rank and regiment, then alphabetical; for the navy, it is by ship, then rank, then alphabetically. He also gives the full name, including "known as" or dit names,  when and where the man died and, in some cases, his date and place of birth.

It is available on Gallica, which offers the download of the entire issue. We accepted that offer and reduced the file to just the article and necessary identification pages. In the hope that it will be of use to some of our Dear Readers, we give that to you here:

May you find someone you seek! 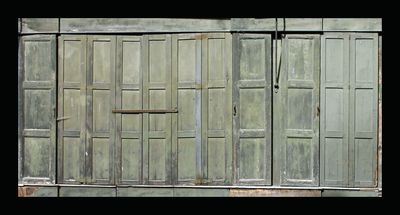 In spite of the fine work of the many excellent Protestant and Huguenot societies and especially of the Société de l’Histoire du Protestantisme Français, it can remain a difficulty to track one's French Protestant ancestors. Persecuted, often outlawed and very stubborn, these people had trouble maintaining records of their births, marriages and burials. They kept their own records, but these were hidden at some times and, in many cases, destroyed. Along without just about everything else genealogical in Paris, thousands of Protestant registers went up in flames in 1871. During times of persecution, this left Protestants, quite literally, without civil status, without proof of identity and without any legal recourse.

One way to carry on with life and work was to find a sympathetic notaire would write actes that would document marriages, confirm parentage, record wills, confirm ownership of property, document business partnerships. In some cases, it was a notaire who safeguarded a register of baptisms, marriages and/or burials. Searching through the records of these notaires could help you to learn much more about your Protestant ancestors. As ever, you must know where your ancestors lived. If you do, perhaps they used one of the following notaires for whom the years in parentheses indicate their period of employment):

There are many more in Departmental Archives around the country.

Occasionally, records of Protestants renouncing their religion or of declaring to follow it again after a forced abjuration are also with notarial records.  The mass abjurations of many towns in Vaucluse and Bouches-du-Rhône were recorded by Gabriel Audisio, who seems to have spent a lot of time on the road for that very purpose.

Increasingly, the websites of the Departmental Archives list the names of all of the notaires for whom they have records and their years of operation. More and more, they are also adding the minutiers, or chronological lists of all actes and contracts written. It takes some hours of reading through these, but if you do so and find the necessary details:

You may then be able to request a copy of the acte from the archives, to be sent on paper or by e-mail. Getting copies is very hit-or-miss at the moment. We have had one Departmental Archives refuse to send anything, while at the other extreme, another responded to our request with an e-mail of forty pages beautifully photographed, at no cost.

Do let us know how you get on or if you have more names of Protestant notaires to add to the list above.

Is it useful, one asks, to make fine resources available but in such a mess as to madden anyone trying to use them? Apparently, the answer is in the affirmative if the resource in question is open to collaborative indexing, but we do sigh with a touch of regret. While we like the communal atmosphere of collaborative indexing -- it has the air of a sort of online quilting bee -- we do despair at the often appallingly slipshod and ignorant results. Bad indexing is, to be sure, worse than no indexing at all, and no indexing at all is a cruel torment.

So, with mixed sentiments, we announce the Departmental Archives of La Manche have put online a wonderful collection of nearly ten thousand Dispenses de Consanguinité for the diocese of Coutances (which did not include what is now the southern part of the department) dating from 1597 to 1803, in chronological order, without an index. To be fair, four partial indices to the collection exist on paper and may be viewed at the Departmental Archives:

We are indebted to the blog of Guillaume de Morant for the information that the collection of dispensations on FamilySearch is the same as that of La Manche, in a slightly kinder presentation, as seen here.

As we explained in an earlier post, these are quite the tasty treat for the genealogist, showing extensive family relationships. Each case usually consists of a letter to the bishop from the couple, who nearly always were astonished to learn that they were related, requesting that, in spite of the relationship, he grant them permission to marry. There will be an authorizing note from their curate. There will then be an affidavit  from the curate, the couple, their relatives and any other witnesses, usually including a genealogical sketch as well. Finally, there will be the bishop's decision.

The key to finding anything in this collection is to have found already the marriage registration of the couple in question. If there were a dispensation, it should be noted in the register, giving the date. With that date, you can then search the dispensations with at least a hope of success. You may also wish to contribute to the indexing process but please, only if you are really good at it.