How Serious Are You About Your French Genealogy? 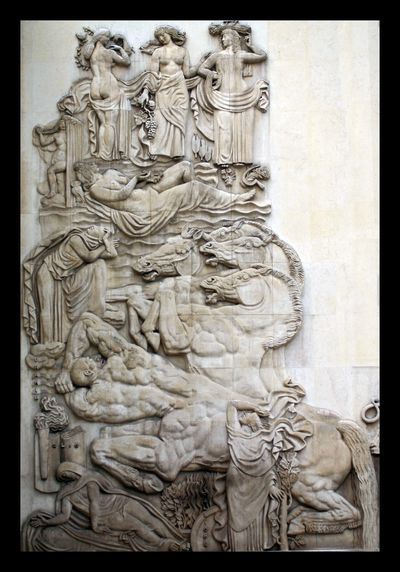 A recent message from Monsieur W., one of our Dear Readers who is planning to pursue a Master's Degree and then a Doctorate of Philosophy in French history, asked us what course we might recommend that would best prepare him for a career as a genealogist specializing in French genealogy. The newly launched online diploma from the Université du Maine in Généalogie familiale could surely fit the bill.

This is not for the casual or frivolous researcher, the he or she who enjoys in the odd dabble on the Internet for a French name or two. To pursue this course one must :

The course will run from November 2015 to June 2016 and is to be supervised by Ghislain Baury, professor of Medieval History (just in case your family can be traced so far back). Classes will be taught by members of the university staff with contributions from external experts.

The six course modules are:

A seventh module comprises the writing of a family genealogy and all that that entails and is expected to take the whole year. This will give the student a framework within which to practice and prove the mastery of the skills taught. It also appears to be the sole basis of coursework evaluation.

Altogether, this course is longer, more expensive, and looks to be tougher than that offered by the Université de Nîmes. If this is the course for you, write to genealogie.familiale@univ-lemans.fr and sign up. Then, send us your opinions and experiences to post here on the FGB! 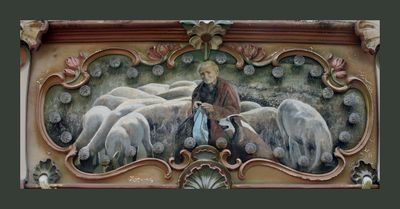 We have been contacted by a student archivist at the University of Angers, Steeve Costeseque. For his studies, he is conducting research on French-speaking Canadians who have travelled to Charente-Maritime to pursue their family history. He has put a questionnaire online and has asked us to help him to find more respondents.

It is rather a rare event when those pursuing their genealogy in France, and voyaging so far and so expensively to do so are the subjects of any interest at all. This curiosity could lead to good things for those who may come in the future and we beg all of you who fit the criteria to please complete the questionnaire and help young Steeve with 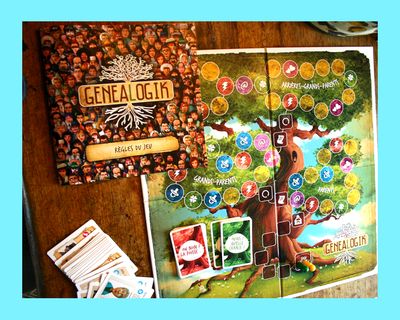 There are already some genealogy games out there, board games, such as the Game of Genealogy, and card games, such as Six Generations. They do seem to have been created by grandparents to rope their children into helping out with research into the family. The main problem with games created by grandparents for pre-teen children is that the two age groups could be said to have rather different ideas of what is fun. We have observed that children are somewhat primitive, which is why board games that focus on primitive emotions such as greed (Monopoly), morbidity (Clue or Cluedo) or murderous urges (Risk or War) are so hugely successful. The urge to collect data on dead people lacks the same force for an eight-year-old.

Nevertheless, the world of genealogy games may now welcome a French newcomer, Généalogik, invented by the vice-president of the genealogy association, Généalogie en Corrèze. Ours arrived a few days ago and, our children being grown and gone and no others at hand, we played with our friend, Madame B, a most elegant Parisian lady who can be quite a cutthroat War player. She jumped at the chance for a new game and quickly opened all the little packets, set cards and tokens in place and began to read the rules. Keen as mustard, she was.

The ever-logical French mind was evident in the rules. There were many paragraphs about just how the dice could and could not be rolled and read and used to move around the board. The seventh and ninth paragraphs finally revealed the goal of the game: to progress, via the acquisition of documents, through the identification of three generations of a family. There are four families possible, each represented by a card and tiny, perhaps a bit too tiny, illustrated squares, one for each family member, to place on the card until it shall be filled. The player first to document all members of all generations wins.

The paces on the board take one to places where the documentation - actes de naissance, mariage et décès - can be found: the town hall or mairie, the Departmental Archives or Archives départementales, the local genealogy association or cercle généalogique, or the Internet. When one lands on any of those, one can then choose a civil registration for a family member. There are cards for good luck (chance) and bad luck (poisse).

We found it moderately entertaining but Madame B., who does no genealogy, did not like it one bit. In fact she found it dull, dull, dull, as well as the print too small and the colours too light, no less. Thus, we recommend it for those who already have an interest in genealogy and who wish to improve their understanding of French genealogy in a slightly new way. To interest children, some stories may have to be told while playing to spice it up a bit. 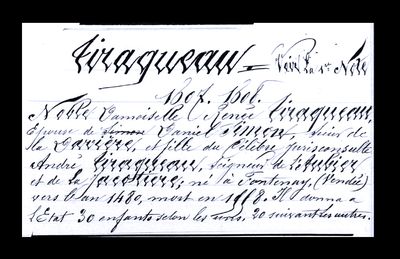 When researching a family, especially one in Paris, we make it a habit to mark each event on a map.  We note not only where a birth, marriage or death took place, but every residence given for the principals and the witnesses of such events. If their places of work are given, we note those on the map as well. The resultant picture can be quite revelatory. Finding that people lived very close or far from one another may possibly indicate not so much a relationship as an avenue for further research.

It can be a very difficult process as well, for old cities have gone through many changes. Roads have shrunk, grown, changed names, or been obliterated. Burroughs, or arrondissements, have been redrawn, most frustratingly when Paris was expanded in 1860 from twelve to twenty arrondissements, so that the first arrondissement of 1830 does not cover the same area at all as does the first arrondissement of 1870. A correspondence is required. Paris roads changed names through history but extremely so in the years of the Revolution and the Convention. Buildings also changed use, and this can lead to some surprises.

We have the registration of a child born in 1838 in rue de la Bourbe, Paris. The father was not named, so a midwife made the declaration. She, and one of the witnesses gave their address as the same as that where the child was born but the mother's address was elsewhere.

Rue de la Bourbe no longer exists. In it was an abbey that was converted to be the prison de la Bourbe, also known as the prison de Port-libre, during the Revolution. In 1795, the prison became a maternity hospital (one can draw some very telling conclusions about attitudes of the day from this association of ideas and these transformations) and a home for foundlings aged under two years and their wet-nurses.

La Maternité de Port-Royal, as it became, developed into a midwifery school as well, in 1814, reducing the number of beds for women from about 500 to 328. It changed little for the rest of the nineteenth century and now forms part of a large medical centre.

Thus, the child was born in the maternity hospital, where the midwife and one of the witnesses lived. The mother and child would, on leaving, repair to the address given as the mother's residence on the registration. Checking the online archives of the Assistance Publique - Hôpitaux de Paris, we found in the registers both the birth and the entry of the mother into the facility, though neither gave more that the mother's surname on a long list of surnames. 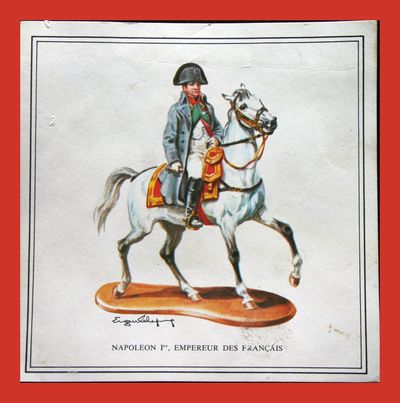 We are trying to make sense of these websites and to recommend them, we really are, but the owners do not make it easy in the least. The Société des Etudes Historiques Révolutionnaires & Impériales (SEHRI) seems to have become the Association d'étude, d'histoire et de patrimoine sur la période 1789 à 1815. There are websites under both names with mostly identical information, and both are dreadfully organized. In some cases, they link to one another, but not in all. The site of the Association has a large number of irritating pop-up ads. Both sites are littered with flashing ads for all sorts of things, from furniture to ladies' undergarments.

Nevertheless, the Association has a very large collection of documentation about the military, politics and society of France during the Revolution and the Napoleonic era. They also have many biographical dictionaries uploaded and a number of genealogical aids. They are particularly strong on people in the regions of Alsace and Lorraine and the department of Ain during that period.

The key site is that of the Archives Numérisées en ligne, which has:

There are also a lot of dead links. Someone is clearly in over his head.

If you have the patience, there is much on offer here that could help with your research on an ancestor who fought with Napoleon, was imprisoned by him, or merely survived those wild years.