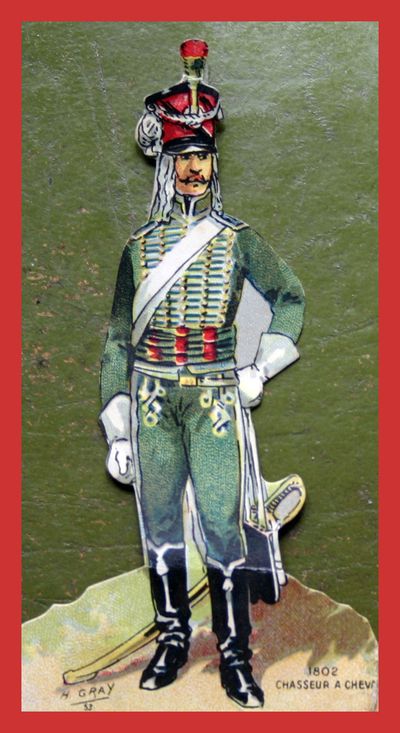 The Jourdan Act of 1798 introduced military conscription in a system that lasted for nearly two centuries. The municipal authorities were responsible for training the conscripts, under the authority of the departmental and military administrations.

Each municipality had to establish and maintain a census of all young French men who had reached the age of twenty, and who were residents of the municipality at the time that they had their twentieth birthday. Those who had been convicted of serious crimes were excluded.

These municipal military censuses or conscription lists were sent to the canton. At the canton, new lists were made and included the results of the medical exam, whether the conscript passed or was exempt. Other reasons for exemption included the man being the only male still living on and able to work a farm.

The cantonal lists were sent to the departmental military headquarters and combined into a new list, from which the quota of able men for any given year (termed classe) was taken. The departmental list will give the name of the regimental unit to which the conscript was sent.

Research of a man during the Napoleonic Wars is more difficult than at any other time that the Jourdan Act was in effect. It was a time of constant war and older and older men were called up as the wars wore on. So, do not limit your search to just the year when your man turned twenty, as he may have been called up at a later age. Additionally, there were more and more times in a single year when men were called up. In 1813 and 1814, when things were quite desperate for the Empire, more than half a million men were called up. However, at this time, and up to 1872, a man could be replaced by someone else, if he could find or pay someone to do so. A few key changes over the years include:

Searching the years from 1815 to 1905, the ideal is to search the lists in the following order:

From this last, one is then equipped to go to the records of the Service Historique de la Défense to know more about the man's service record and, possibly, his pension.

In 1905, the quota aspect of the system was abandoned and the research methods change slightly, to the following order:

Military records show a strange way of thinking and a strange way of organizing. This research requires much bouncing back and forth between lists and registers but once the person's record is found, it is well worth it. Nice way to spend the last days of the year.

Is French Military Research at the SHD Finally Getting Easier? 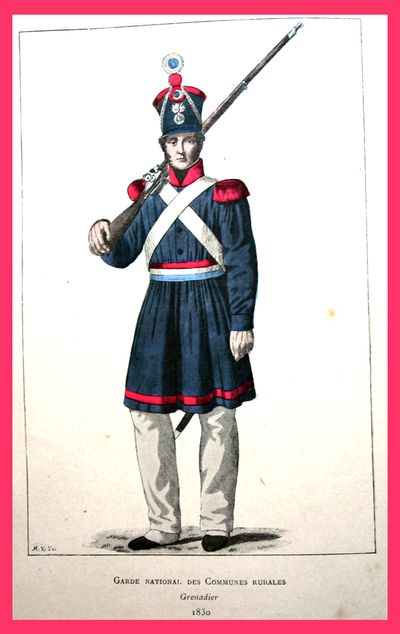 Word is out that the new man in charge of the Service Historique de la Défense in Vincennes, General Leroi, has been working hard to make research easier at that facility. His predecessor was a bit obsessed with the idea that ALL old military files contained state secrets and should be classified, making genealogical research rather difficult. We were having to wait up to four weeks for our research requests to be approved and a spot in the reading room to be granted.

General Leroi has had the most heavily used files relocated from the storage facility more than a kilometer away to one quite close to the Reading Room. This makes it possible to request a file and see it the same day! Among those moved closer are:

The new rules allow a reader to request up to five articles per day, which is an improvement on the previous limit of three, even when booked in advance.

This effort to ease access, along with the SHD's increased presence at most major genealogical fairs around the country, is very good for the French genealogist, as few records are as rich with detail about individuals as their military records. 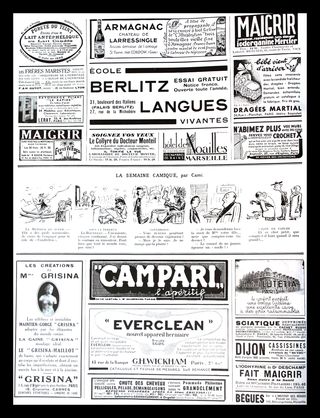 The European Library has been digitizing old newspapers, indexing them and making them available to the general public at no charge. (Taxes are high over here, but one is rewarded with so many goodies such as this.) This is a project entitled Europeana Newspapers and is funded by the European Union through 2015. The newspapers come from the national libraries of:

Germany's contributions come from the Berlin and Hamburg State Libraries.

Nearly a million and a half pages have been uploaded and can be searched thoroughly. They can be browsed by date, by country, and by newspaper title. Alternatively -- and here is how to find an ancestor -- they can be searched for a word. As with Gallica, the search refinement is rather clumsy, so a search on a common name will yield too much and it will be hard to filter usefully. If, however, you have an ancestor who went by an oddly spelt or slightly unusual name, you have a very good chance of finding him or her.

We have spent the past couple of days testing this new toy. We have been researching an American who lived in France in the nineteenth century, and who travelled quite a bit. We thought we knew all of his ports, but a search on these newspapers brought the discovery of two more countries where he had travelled. A second test was to search on the quite unusual name of a family from Montauban on which we have worked and this brought some very interesting new material as well, revealing a country not known to have been visited by one member of the family, and a discussion of his work there. A third test on a name that is also a common word was hopeless: over 300,000 results that no amount of filtering could reduce by more than a third or so

Though larger numbers of newspapers seem to have been contributed by Spain, it would appear that those from The Netherlands and Germany have more robust indexing, for no matter what name we put in the search box, the majority of the results were in Dutch, with many in German. To turn a language not known into gibberish, one can always stumble along with Google's translation effort. 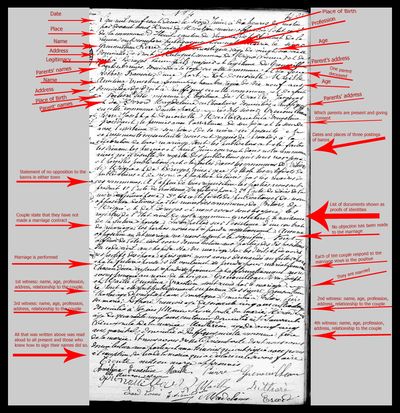 Imagine if, instead of building a family tree based on traditions, stories, gossip, and other peoples' online trees and then trying to find the documentation to prove it, you could reverse the process and start with the documents that concern your family. This really would not work with the often quite scanty birth, marriage and death records of many countries, but it would work very well with the French records that are so often lushly bedecked with detail. (Click on the example above to wallow in that wealth.)

This is the premise for the start-up (yes, Virginia, there are start-ups in France) Brozer. Essentially it is based on the same concept of document-based genealogy versus person-based genealogy as is Clooz, but the Brozer software was written by Nicolas Lawriw specifically for French documentation. The goal of Lawriw's Brozer is to have on the site a single, universal family tree, built collaboratively by volunteers who index documents that have been uploaded on Brozer's TéléArchives site. Thus, no one uploads a personal family tree. Instead, users upload their documents and enter all the details and the software works to identify the persons named and match them with other references to them from other records. An indisputable, perfectly sourced, single family tree is envisioned.

Will it work? It is such early days yet that the collaborative part is not yet operating. It will not be cheap to join this human genealogy tree project; the annual charge is to be twenty-five euros. An extravagant number shall have to join and work with energy and proper diligence to enter enough detail for the tree to take shape enough so that others will wish to join and contribute as well.

We suspect that this glorious cooperative effort flies in the face of many people who pursue genealogy precisely because it is something that they can do on their own, and precisely because they hope to beat others to some discovery or other. What fun would they have if research were not necessary and all of their ancestors were indubitably presented on Brozer's tree?

Monsieur Lawriw may be the man who transforms genealogy from an art to a science, but there are those who have their doubts that this approach will be able to resolve the conundrums that come about when there are many people of the same name at the same time in the same place and all have claim to being one's ancestor. Brigitte, of Chroniques d'Antan et d'Ailleurs, discusses just this point on her blog. Dominique Chadal thinks things will only become more confused.

However Brozer may fare, TéléArchives is off to a rip-roaring start and there is no debate as to its usefulness. Not only have a number of genealogy cercles and associations uploaded images of documents, but the city of Nîmes has uploaded images of all of its civil registrations from 1793 to 1910 and its census returns from 1813 to 1911, basically using TéléArchives rather than bothering to maintain its own website, and gaining the possibility of indexing in the bargain. Brozer has uploaded a large number of records for the department of Gard (and many, many thanks to our Dear Reader, Madame F, in Australia for bringing this to our attention).

One must register to use TéléArchives, but they are free and fascinating. We suggest following Brozer on Twitter, as it is there that they announce new uploads and developments. Seeing just how Brozer develops will be very interesting, indeed.