Genealogy in Savoie and the Comté de Nice - Part 1

Up to 1860, the story of Savoie (the modern departments of Savoie and Haute-Savoie) and the Comté de Nice (roughly the area between the Var river and Italy, now within the department of Alpes-Maritimes) is essentially the story of a dynasty, the House of Savoy and a country that did not make it on its own into modern times. A glance at a map could reveal why. 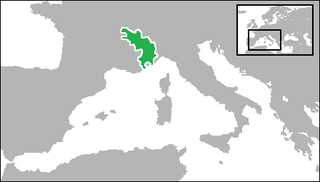 Both areas have been inhabited since the beginning of time, occupied by the Romans, with a royal heyday in Medieval times. From the Renaissance, when France and Spain each became much more powerful and united, to the nineteenth century unification of Italy and creation of a German identity, the Duchy of Savoy  was in the fray, but increasingly as a medieval royal family against modern nation-states. Finally, a deal was struck in 1859, followed by a vote that many said was appallingly rigged in 1860, and France took Savoie and Nice, in exchange for military aid toward the unification of Italy. (For once, we find the Wikipedias article in English on the subject to be a study in befuddlement and do not recommend them. A cleaner, if laden with regional pride, version of the history of Savoie can be found here and and encyclopaedic site on la Savoie and Haute-Savoie can be found at Sabaudia. At an odd location a good one on the Comté de Nice is here. )

Two languages -- French and Italian -- and two cultures -- mountain and seaside -- make these two ex-states of the Duchy of Savoy as distinct from one another as they are from the rest of France.  For genealogical research, the distinctions remain.

As concerns the Comté de Nice:

Appropriate genealogy associations which could help with research are:

Genealogy always requires attention to detail and precise documentation, but even more so in this case, for dates will tell where to begin looking. Next post: Savoie. 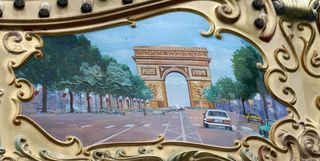 It seems that numerous descendants of French emigrants are on the move. We have been contacted by a number of people who plan to visit ancestral villages, hamlets, chateaux and such, hoping to research ancestors and encounter cousins. A few suggestions for how to make the visit a bit happier may be in order. We will leave off those relating to cultural differences, for there are plenty of books on the subject, and we will not repeat our warnings about striking archivists, though they still hold true.

A visitor and researcher to one of the larger cities and town halls (mairies) will be treated with the same harassed, indifferent bustling as anywhere else. However, in the smaller towns, where life is slower, people will have the time to talk with a visitor and exchange with a researcher. These are some things they will appreciate:

People descended from French emigrants besiege the town halls, archives, and genealogy associations, asking for research help but almost never giving anything in return. Research that depends so much on goodwill needs to be a two-way street -- à double sens. Sharing your own research about your immigrant French ancestor with those who have helped or who could help you is a much appreciated way of saying "thank you".