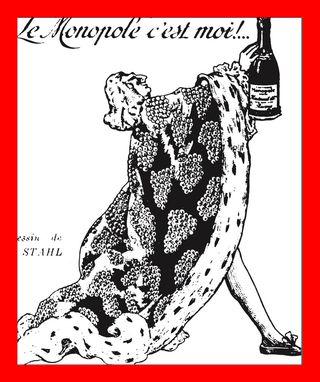 Ah, the Fête de Saint Sylvestre, which is what the French call Amateur Night. It is also called Réveillon de Saint Sylvestre or Réveillon nouvel an. A réveillon is a big, elaborate, all-the-stops-pulled-out dinner at midnight. No réveillon would be imaginable without champagne and we came across the ad above in the 1924 edition of "Quit êtes-vous?", an elderly French version of Who's Who.

Back in the days before we tried to crush our very Californian heart, mind and soul into the Gallic mould, we experimented with publishing a biographical dictionary in San Francisco. We met our friend and colleague, who was to become our co-publisher, in an oil engineering firm where we had become employed unintentionally, believing when we applied that it was a Japanese entertainment company. (We were quite shocked, our first day on the job, to see photos of oil rigs instead of manga on the walls.) The work was stunning, in the sense that it had the effect on the mind of being hit on the head with a padded mallet every day.

Mindless chores, silly journeys to a massive photocopying machine the only justification for which was its terrific rhythm, a timid, English rose of a boss, a nut-case survivalist supervising her, such was our introduction to the corporate world. We whiled away the time working out tap dancing routines to the photocopying machine's beat. We met our colleague while she was composing a drum solo on one of those clunky old typewriters that had magnetic cards. It is our experience that boredom leads to creativity. As our friendship blossomed over margaritas in nearby Seamus McGovern's Bar & Grill, we hatched a number of get-rich-quick schemes.

We had just completed library school and had learned of the scorn had by research librarians for most biographical dictionaries and especially for "Who's Who". The term "Who's Who" was well-known but had not been copyrighted. A smarter person would have skipped the plot we hatched and simply copyrighted the term. Instead, we decided to bring out our own volume, "You Will Be Who", based primarily on the demographic theory of P.T. Barnum. We got a business license and the impossible: a post office box in San Francisco (our friend wore a garden party hat and flirted like a starlet). We typed out two hundred letters and forms on the mag-card typewriter,  inviting promising folks in all professions to complete the forms and send in the twenty bucks, and posted them. Then we went back to Seamus McGovern's and joyously drank up the profits that never rolled in.

The principle of biographical dictionaries remains about the same as in our scheme. They are outrageously unreliable, facts are not checked, those whose names are entered usually have paid for the privilege, and many different publishers of differing quality use similar titles. This is as true in France as elsewhere.

Bear in mind also that French culture has not traditionally embraced the worship of celebrity, making some even more inclined to fib on their forms. France is not a country where courageous and hardworking nobodies could make fortunes. It is an ex-aristocracy where those who flaunted their wealth and power had their heads forcibly amputated; a punishment that in later times was commuted to bludgeoning by the tax-man. In France, (but for the odd Elvis-imitator) those who show off are those who wish to possess wealth; those who possess it try to hide the fact from the authorities.

A biographical dictionary almost never should be used as a reliable genealogy source. Nevertheless, it could be a starting place for the gleaning of a few hints that would then have to be verified by a more trustworthy source. So, googling -- especially in the books category -- in a broad search on the terms:

will bring some interesting books from the nineteenth and early twentieth centuries. The standard tidbits of information that they tend to contain are:

Occasionally good for genealogy; always good for a laugh. 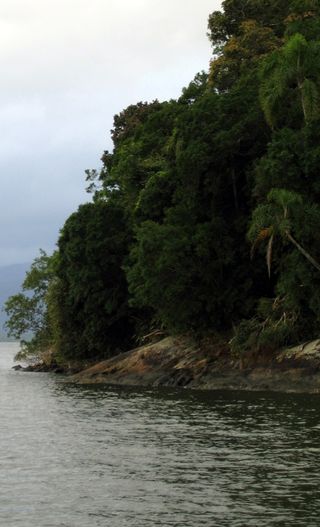 The people at ANOM (Archives nationales d'outre-mer) are working at a snapping pace and now have the parish and civil registers of Martinique online. Over forty towns, or communes, are included, and registrations go back to 1666. In addition to the birth, marriage and death records are divorce and enfranchisement records.

Very exciting news and one wonders what will be next, for with Martinique, the category of Antilles-Guyane is complete. The categories that remain to be put online are: 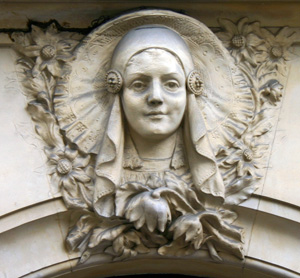 One thing we like about French law is that its approach seems always to have been to take all of the crazy things that humans do and make laws to deal with each type of behaviour. In this, some of their laws seem designed to bring people back into society after their little episodes of aberration, like roping wandering cattle back into the herd. Other countries prefer to deny that crazy behaviour is human or is normal, and try to stamp it out with severe punishment for each occurrence. This is comparable to shooting dead the stupid cow that wanders off.

The last post on notarial records was about marriage contracts and showed how much parents dominate the negotiations and decision-making. We felt sorry for the young couple, but at least their parents allowed them to marry. This post is about what young people could do if their parents did not allow them to marry.

In short, they could each go to a notaire and have a Document of Respect, an Acte de Respect, drawn up. The acte de respect existed in the Ancien Régime (pre-Revolution) at least as far back as the 1700s, and continued into the nineteenth century as a part of the Code Civil (it no longer is).  If parents refused to one of their children the necessary permission to marry the person of their choice, it was not necessary to poison people. The willful child could start the process of gaining the right to marry without permission. To do this, he or she stated all the facts of relationship, address and age in the document, and then added that he or she was respectfully and submissively asking the parent to be so kind as to grant permission to marry. One had to wait a month for the written response.

It was hoped that the disapproving parent would say yes, but if the answer were to be no, the recourse was to issue a second acte de respect and wait another month. If the answer were still no, then a third and final acte de respect and month-long wait was required. Then, the child could marry whomever he or she pleased. If the child was of the age of majority (twenty-five for women, thirty for men) before the process began, then only one acte de respect and a month's wait were necessary. Had they been in France, Romeo and Juliet would have lived, married, to a ripe old age, their passion and defiance smothered with the indifferent acceptance that so permeates that short but all-encompassing phrase,  c'est la vie.

The Acte de Respect will be found in the notarial archives in the Archives Départementales. As it gives the names of parents and the intended, ages of those wishing to marry, sometimes the professions, and places of residence, sometimes with street address, it is a very good genealogical resource. It is priceless as a window on personalities and family politics.

A Database of Basque Emigrants to Argentina 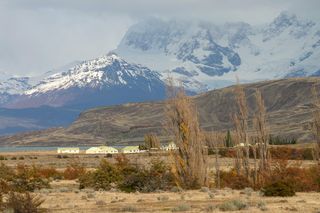 From 1856 to 1913, an emigration agent for the Bordeaux Colson Agency, Guillaume Apheça, kept excellent records of his work. For some reason, when he retired, he took them home. He died in 1919. His registers were discovered in the house nearly ninety years later.

An Argentinian branch of the Basque Euskal Association has finished transcribing all of the 15,000 names and the entire list can now be searched on the parent association's website. It can be searched by three different criteria: name, town of origin (there are 268 towns in the list), or year of departure (1856 to 1913).

Each entry has the following information:

The website has many other pages about Basque culture and emigration. It is tetra-lingual, in Basque, French, Spanish and English. (Click on one of the little flags in the upper right corner of the page.) Bear in mind that there were many tens of thousands more from the region who emigrated whose documentation has not survived. Still and all, this is a fine new resource, not only for specific searches, but to gain a better understanding to Basque name structures and localities.

For all those who believe they have a Basque name in the family, give it a try!

The Continuing Debate On Privatisation of the Archives 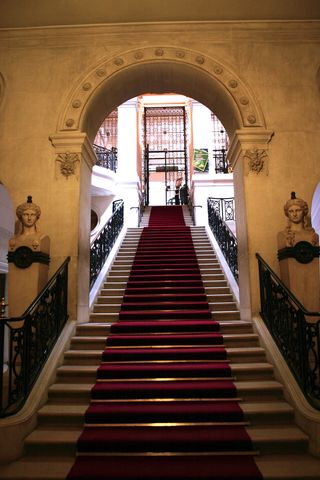 We have written a fair amount on this before. Now, France Culture has interviewed genealogists at the Bibliothèque nationale de France on the subject. The first half of the podcast linked below is an interview with Pierre-Valèry Archassal, professor of paleography and a member of the International Academy for Genealogy. The second half moves on to a different story: new developments in philosophy. 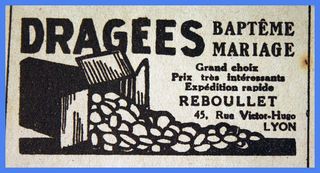 When the French government secularized the registration of births, marriages and deaths, by creating the actes d'état civil, they also required the parishes and dioceses across the country to deposit in the newly created departmental archives the registers of baptisms, marriages, and burials that had been kept by priests for over two hundred years. That does not mean that the Catholic Church of France stopped maintaining registers of catholicity.  Copies are still deposited with the departmental archives, but the originals are usually retained  by the parish.

In French genealogical research, there is a slight roadblock concerning more recent generations in that the civil registrations may not be made available to the public. The law states that birth and marriage registrations may not be seen until seventy-five years after the event. It used to be one hundred years and some departmental archives adhere to this old rule. For those researching in the last hundred years, this is a problem.

Additionally, the websites of the archives are not putting up parish registers made after the Revolution, for those are considered private records. (Those made before the Revolution were done so at the orders of the King and so, were government records.) In no case will the departmental archives do research and send a copy of the records.

Parish and diocesan archives may resolve both issues. They will provide recent records and they will send them to you. One must write a letter. One must include a self-addressed,  stamped envelope, as well as two French first-class stamps per document requested. (Buy them online from La Poste.) Rarely, one must be prepared to write a cheque (in euros -write back negotiating a deal with stamps). One must be prepared to justify one's request, even to be rebuffed testily.

There is no centralized archive  of registrations of catholicity. Each diocese maintains its own and generally their archives contain records only from the present back to 1900. The parish archives will contain anything older. The information that must be provided is:

A map of the current dioceses of France can be found on the Church's website. By clicking on a diocese, one is taken to its website, where the parishes can be found (not always easily.) The website of the Association of Church Archivists, Association des Archivistes de l'Eglise de France,  has in the panel to the left of their welcome page the Annuaire des Archivistes Diocésains, the directory/address book of all the diocesan archivists in France.